You gotta love Dan.  He is just an amazing artist in so many ways.  He plays keyboard on a few of my songs and takes them to a whole other level.  One day we were working on "Ain't Hurtin Nobody" and Dan picks up the guitar (I had never heard him play it and didn't even know that he could) and off he goes.  Jaw dropping.  You can hear his work here on my website on Remember When, Hearts of Palm, God Bless The Broken Road and Ain't Hurtin Nobody as I add them to this site. My thanks go to Dave Williams for introducing me to Dan.  He is a treasure for sure.

Dave is one of the most talented indvidiuals that I have met since moving to California.  A gifted musician, songwriter and friend, Dave is also a meticulous and amazing recording engineer and videogrqpher. I recorded my entire second album at his studio, 2nd Floor Recording and Video. in Fountain Valley. Dave is also the bass player for "Ax Thru The Hood", a very popular local rock band here in Orange County. 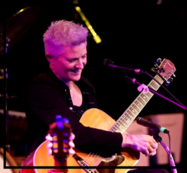 Beth is my musical soul mate. She is a musical muse born of Celtic roots and dropped "D". She is a creative composer and virtuoso guitarist. Her music is eclectic, ranging from contemplative baroque Irish to embellished rock and roll, to experimental phrasing in altered tunings and assorted percussive effects. Beth is not content  to be limited instrumentally. She also improvises with electric guitar, Irish whistle, mandolin and Mandola. Beth has performed internationally and has recorded for numerous artists. Her own CDs are "The Wood The Song" and "Notes To Bethlehem". Her amazing guitar and mandolin work, and vocal contributions to my CD, can be heard on  "Love Love Love", Let The Mystery Be", "Moonglow Rising", "Don't Leave Me Here Alone" and the hauntingly beautiful "Somewhere In Time".  I am profoundly grateful to her. 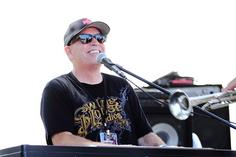 Erick, being a modest and humble guy, simply wanted me to write, "Erick Feucht plays fiddle in the Wool Hats String Band and has played mandolin for many years with Pioneer of Bluegrass, Roger Sprung. He is deeply honored to be invited to contribute to Jeff’s music."  Truth be told, Erick is a wonderfully accomplished musician and his beautiful violin and mandolin work can be heard on the duet that I recorded with Chad Mitchell, "Comedians and Angels". 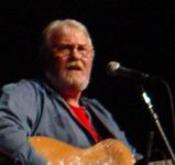 After graduating from Brown University in 1970 Rob Carlson led the original Benefit Street and later recorded the critically acclaimed Peaceable Kingdom with singer Jon Gailmor, In 1986 he went to work in radio creating jingles, commercials, records, industrial music, lyrics and scripts for a host of clients, winning multiple awards.  His song parodies and comedy bits for the American Comedy Network and the ABC Radio Networks included five years as “Ramblin’ Bob” for ACN, writing and performing a topical/satirical song each week in the style of Bob Dylan.  In 1998 he joined David Buskin and George Wurzbach to become Modern Man. recording three albums and performing all over the US and Canada for the next eleven years. His talent is endless.  He produced "Let The Mystery Be", "Moonglow Rising" and "Don't Leave Me On My Own" on my CD.  He can be heard on guitar, bass and vocals as well. It has been a total blast working with him. 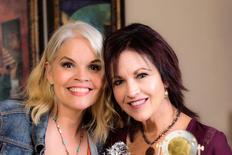 This page is dedicated to all of the wonderful artists and creative friends that have made making my music possible for me.

I am deeply grateful to each and every one of them.

What can one say about the legendary Chad Mitchell that has not already been said repeatedly for decades?  The Chad Mitchell Trio was one of the most successful folk groups of the era and one of the most admired.  Chad's participation with me on "Comedians and Angels" is a dream come true for me.  I treasure his friendship.

Jeff is a world class musician who has been playing blue grass and folk music for decades, just like me. He is a member of "The Bedlam Brothers String Band", a popular local band specializing in Roots music. They deliver wonderful performances on fiddle, banjo, hammered dulcimer, bass, steel guitar, concertina, guitar, accordion, and rich vocals. Four musicians, each of them play multiple instruments and feature traditional music from the British Isles, Appalachia, Ireland and some contemporary acoustic music as well. I was extremely fortunate to meet Jeff and to work with him on three of the songs on my CD.  Jeff can be heard on "Sing Me Back Home", "Railroad Bill", featuring The Gaslight Singers, and on my duet with Chad Mitchell, "Comedians and Angels".  Thank you Jeff!

"With a little help from my friends".

I had the incredible good fortune of meeting Kelli Lewis (on the left) and her sister Wendi Kilman shortly after I arrived in California.  They were with a swing trio called "Boyz and The Beez".  They adopted me and have been incredibly kind and sweet in helping me find my way in the very robust L.A. music community.  We have sang together and they can be heard singing backup on my recording "Hearts of Palm".  They are now a bluegrass duet and are drawing rave reviews wherever they go.  Be sure to visit their website and listen to some of their music. You can also find some great videos of them on YouTube. 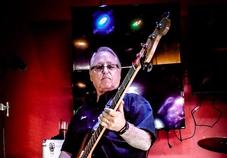